First they made a roux, the way they always have, for a Creole gumbo that’s been a signature dish for generations. Then the next generation of the Baquet family opened the doors again at Li’l Dizzy’s Café, bringing back an essential piece of the New Orleans culinary story that was almost lost in the pandemic. Li’l Dizzy’s reopened at its longtime home, 1500 Esplanade Ave., on Monday. To begin, the restaurant serves lunch only, with all meals prepared for takeout. Limited seating is available inside and outdoors for people who want to unpack their lunch on the spot.

Li’l Dizzy’s Cafe, a New Orleans lunch institution for fried chicken, po’boys, and gumbo feared closed permanently amid the pandemic, has returned under the next generation of owners. Arkesha and Wayne Baquet Jr. recently reopened the Treme corner restaurant with a fresh setup and the same great food for takeout, dine-in, or outdoor dining. 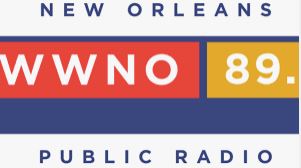 The pandemic has been very tough on bars and restaurants everywhere and especially in New Orleans, with a culture of food and hospitality. The closing of a restaurant or neighborhood bar here feels like a death in the family. One such place is the Tremé landmark and community gathering spot, Li’l Dizzy’s. It was about to close for good in November. Li’l Dizzy’s owner, Wayne Baquet, Sr., had worked in his family’s restaurants all his life. The Creole Baquet family are also known for a lineage in music and the newspaper business. Get this: Wayne’s brother Dean is the Executive Editor of the New York Times. Brother Terry over sees the editorial page at New Orleans Times Picayune. I sat down with the retiring Wayne Baquet, Sr. and new co-owner, daughter-in-law Arkesha Baquet. Wayne recalled how the Baquet restaurant empire in New Orleans began.

A New Orleans restaurant legacy was nearly lost to COVID-19, this is how it came back to life

Wayne Baquet Sr. had retired once before. That lasted six months. But this time he was serious. After a lifetime running restaurants in New Orleans, he was done. No more serving gumbo. No more making sure that everyone got their fill of fried chicken and bread pudding. Like most family members, Wayne Baquet Jr. had worked in the restaurants. But he had long decided that the business wasn't for him. As CEO of a grocery wholesaler, he didn't have time to run a neighborhood restaurant. But his wife, Arkesha Smith Baquet, was interested.

From a Tavern in Chattanooga, to a Family-owned NOLA Restaurant, Owners Struggle to Keep Businesses — and Customers — Alive

When New Orleans announced its vaccine mandate last month, Arkesha Baquet, owner of Lil Dizzy’s Cafe in the city’s Treme neighborhood, was worried. To her surprise, the first week was pretty much business as usual. But by the second week, sales were cut in half. Now, Lil Dizzy’s is coping with the effects of Hurricane Ida, which closed the cafe’s doors as they waited for power to return and their suppliers to get back up and running. She hopes to reopen Monday Sept. 27th, but fears the dwindling traffic will remain.

Almost two years ago, one of the most legendary restaurant families in New Orleans almost closed up shop for good. Since 1947, the Baquet family has owned and operated over 10 restaurants, and Li’l Dizzy’s Cafe was the only one that remained. But between the pandemic and Wayne Baquet Sr.'s retirement, it looked like ownership was going to change hands. That was, at least, until Wayne Baquet Jr. and his wife Arkesha Baquet decided to take up the reins.

In New Orleans, the Final Four Is a Reason for a Much-Needed Party

When he wrote about relying on the kindness of strangers, this city’s most famous playwright probably wasn’t envisioning Carolinians and conventioneers slurping down the dark roux gumbo at Herbsaint. But then even Tennessee Williams may not have been able to conjure the blows that his adopted New Orleans has suffered over the last two years — and the welcome arrival of this better-than-fiction Final Four and the strangers it’s bringing to town.